A multiswitch has never been so clever

Multiswitch equipped with 5 inputs (one passive terrestrial and the four polarities of one satellite), and 12 user outputs that are compliant with SCR I (EN50494), SCR II (EN 50607) and legacy mode, which makes it compatible with any new or existing set top boxes.
Can be used as a terminal (star topology) or as a cascade by using a simple switch.Furthermore, the exclusive DCFLEX functionality provides full flexibility to the multiswitch by allowing the equipment to be powered from anywhere in the system. The installer is free to choose the powering method for the multiswitch, to better adapt to the requirements of any given scenario. The versatility is provided by several control switches, but essentially by the capacity of the multiswitch to be isolated from the cascade (in terms of current) or not.

This product is certified with the European IRS Certification Scheme mark, representing that it has passed the relevant test as set out in the latest EICS test specification, available from the DTG or CAI

Televes reserves the right to modify the product

What is dCSS technology?

dCSS technology is the evolution of the SCR technology, which characteristics are described below:

The SCR technology (Satellite Channel Router) allows full distribution of one or several satellite signals to multiple users over a single coaxial cable.
The relevant aspect here is the suppression of the multiple cables required to support the new reception devices; this is achieved by means of a static or dynamic user band assignment and the use of DiseQc commands for satellite signal tuning.

A historical note: the SCR standard (EN50494) was defined in 2007. Based on the analogue concept, this technology considered the use of up to 8 user bands (User Bands) in the satellite IF band (950 MHz-2150 MHz). Each band is assigned a user tuner, and on each any input band and polarity can be selected using frequency processing.

Later, the dCSS technology (Digital Channel Stacking Switch), based on the EN50607 standard, introduces significant improvements, such as the increase in the number of satellites to be distributed, or the possibility to use 32 user bands in a single cable, which is almost equivalent to occupying the whole satellite band. Furthermore, the dCSS technology is backwards compatible with SCR.

The dCSS technology can be used in multiple scenarios (individual and communal distribution), and in dynamic or static operation modes. The latter is the most flexible and inexpensive alternative to the headends with intermediate frequency processing that came along with early analogue and digital satellite distributions.
Likewise, the dCSS technology can be combined with optical fibre, which significantly extends the reach of the satellite distribution.

In short, the dCSS Technology is quite a step forward in the distribution of satellite signals over a single coaxial cable, and it will make for the mass introduction of the new reception devices in homes; devices such as Home Gateways or PVR, the big bet of satellite operators in the short and medium terms. 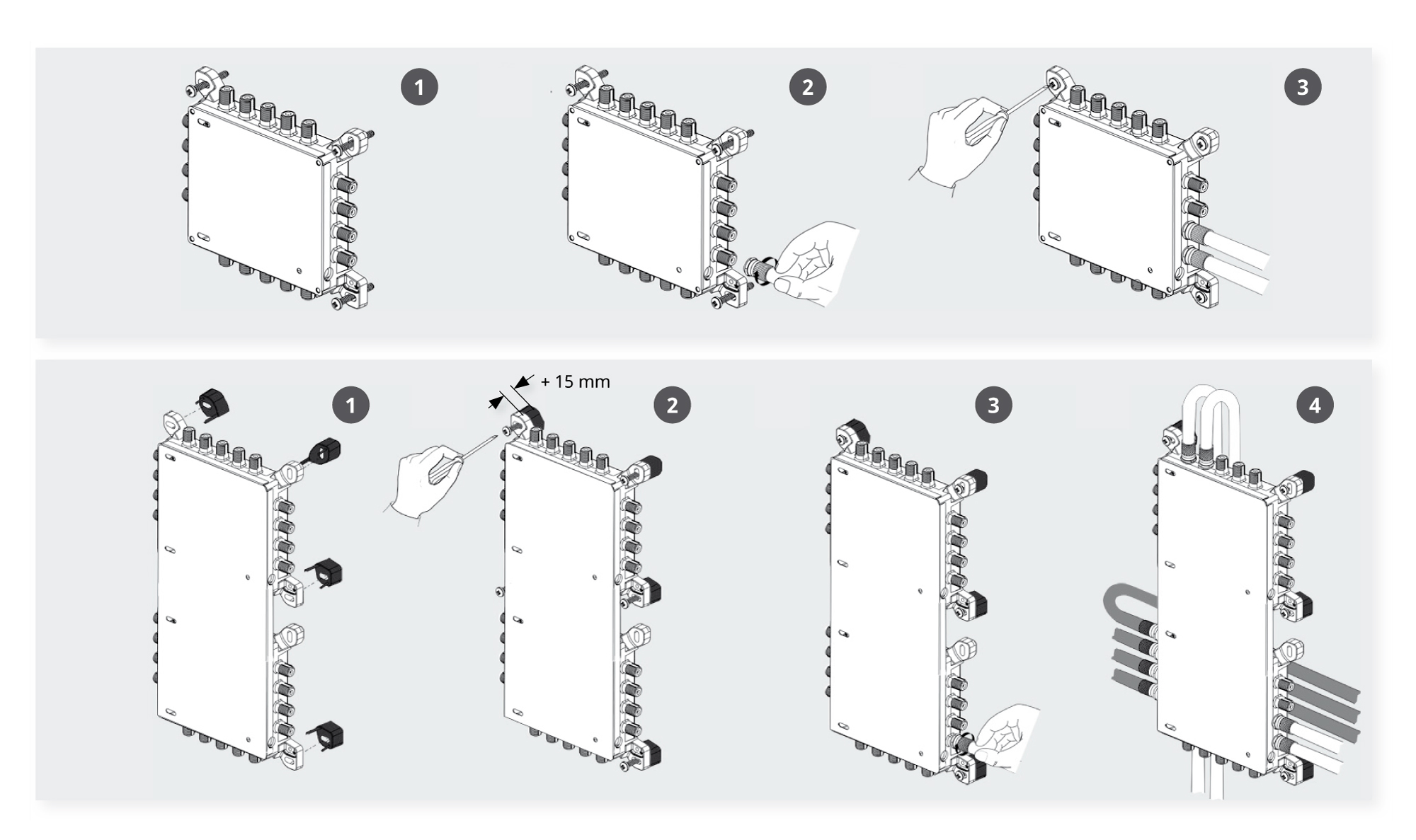